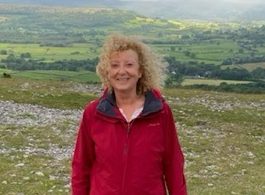 Congratulations to Ann Haggin on completing her 1000 mile walk in aid of N4BW. Ann walked the equivalent distance of Lands End to John O’Groats but instead of walking that route she walked the fells around Kendal and South Lakes and with her friend Jackie, pounded the streets of Liverpool

At the time of writing Ann has raised £2582 with the promise of a few more pounds to come in. A magnificent amount, which will be spent on educational resources and classroom furniture enabling children to sit at desks rather than on the floor resting books on their knees

An additional benefit is that through walking and speaking to people awareness was raised; awareness of the difficulties our brothers and sisters in Malawi face on a regular basis as they live their day to day life sometimes in searing heat and other times in floods

Nelson Mandela is quoted as saying

“Education is the most powerful weapon which you can use to change the world.”

So many thanks to Ann and Jackie for their mammoth contribution in supporting the education of some of the worlds most needy, which in time we hope will work as a change agent for good.